A Joyful Encounter: JBJ Delights Fans in their First Fanmeet in PH

It was indeed a dream come true to many Joyfuls as JBJ graced the Manila stage last January 14 at the KIA Theater.
Members Roh Taehyun, Takada Kenta, Kim Sanggyun, Kim Yongguk, Kwon Hyunbin, and maknae Kim Donghan first greeted their fans in a press conference. With Manila being the last stop of their Asia tour, the boys admitted that they were anticipating the warmth of the fans’ reactions. The group was first imagined by fans through the second season of the popular survival program Produce 101. After many thorough discussions, JBJ was formed. 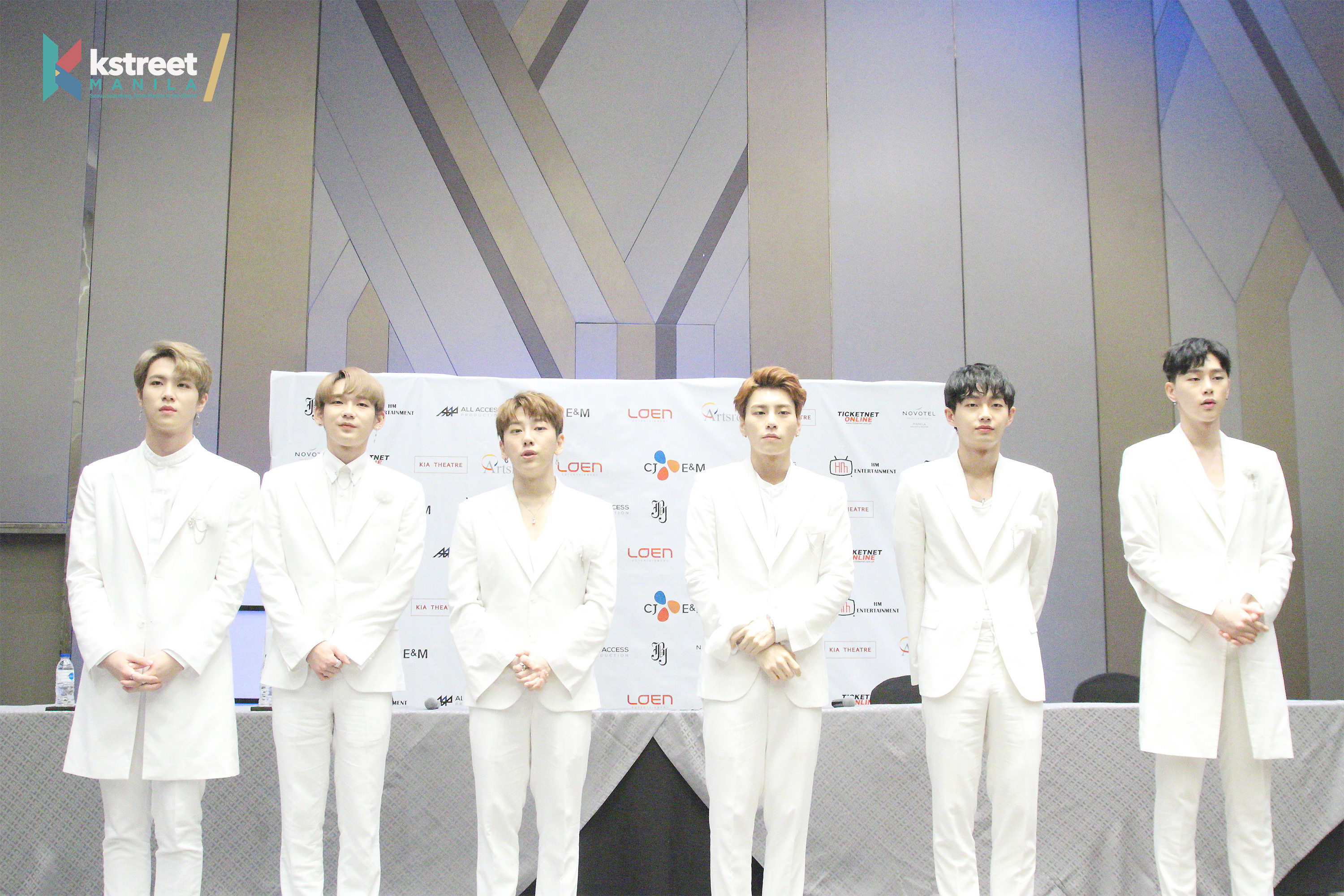 All Set and Ready to Go

As soon as the KIA Theater was filled with excited PH Joyfuls, the fanmeet began with the album’s intro, and then straight to the group’s first debut title track “Fantasy.” They started off strong, and the atmosphere was burning with so much passion as everyone was happy to welcome JBJ. Wearing the same white outfits they wore at the press conference, they greeted their fans and showed how happy they were to see so many people who came to cheer them.

More than a Fantasy 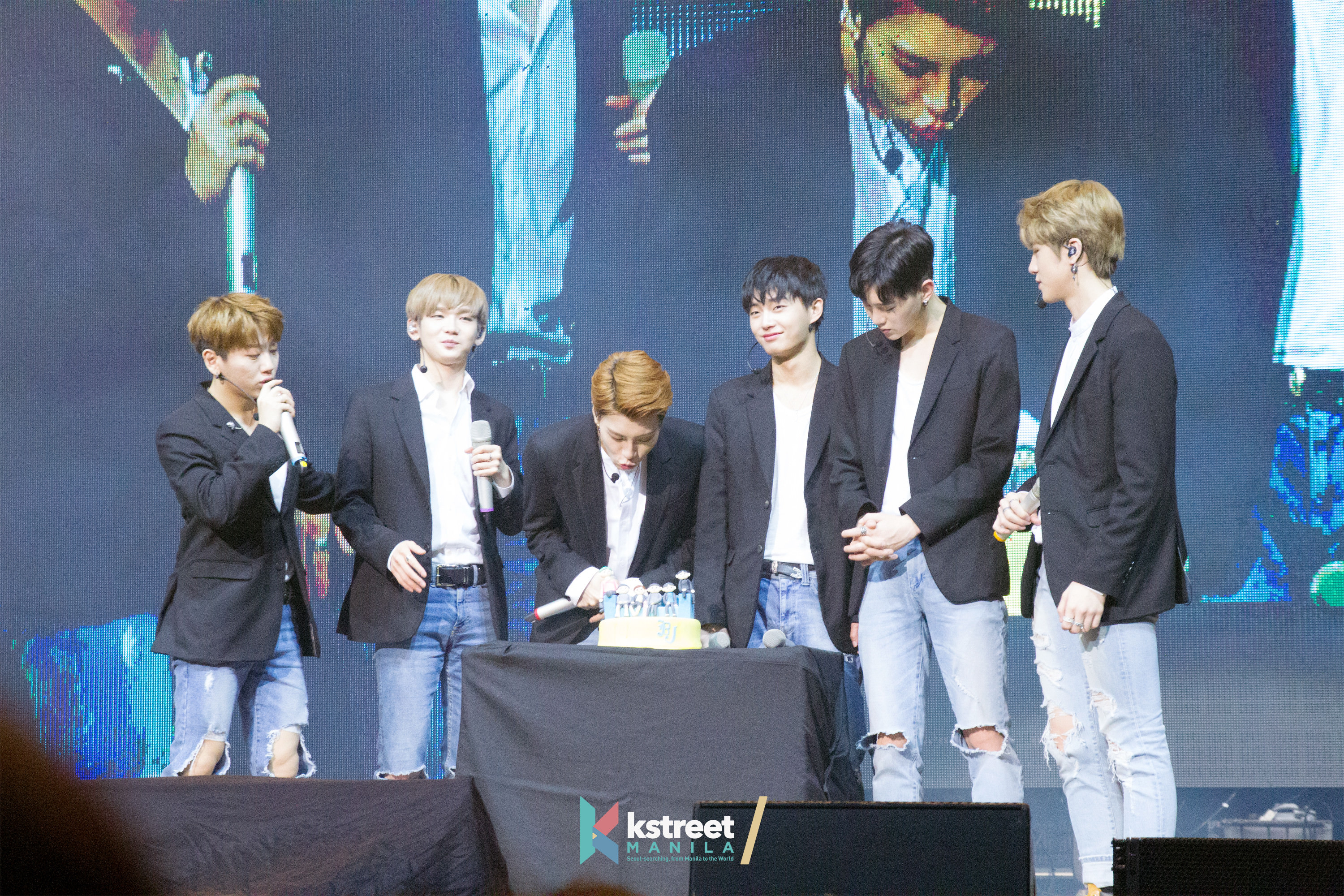 The boys sat down and answered questions fans were curious about. Hyunbin revealed that he had been in the country on a family trip when he was young; while Kenta said that he was excited to have a taste of the original halo-halo. Donghan hoped to come back so he could visit the beaches in the country. Meanwhile, Sanggyun recounted that drinking with Kenta when they went to Jeju island while filming for their reality show was one of the happiest moments he had with the group.

Games came after performing another song off their debut album. They did the random dance game, and Donghan and Kenta were neck and neck on who was winning. Ultimately, the youngest won this round. Yongguk, being the only one who didn’t dance as much, did the “oppa-ya” aegyo which pleased the crowd so much that they asked the other members to do the same aegyo. Kenta happily delivered. 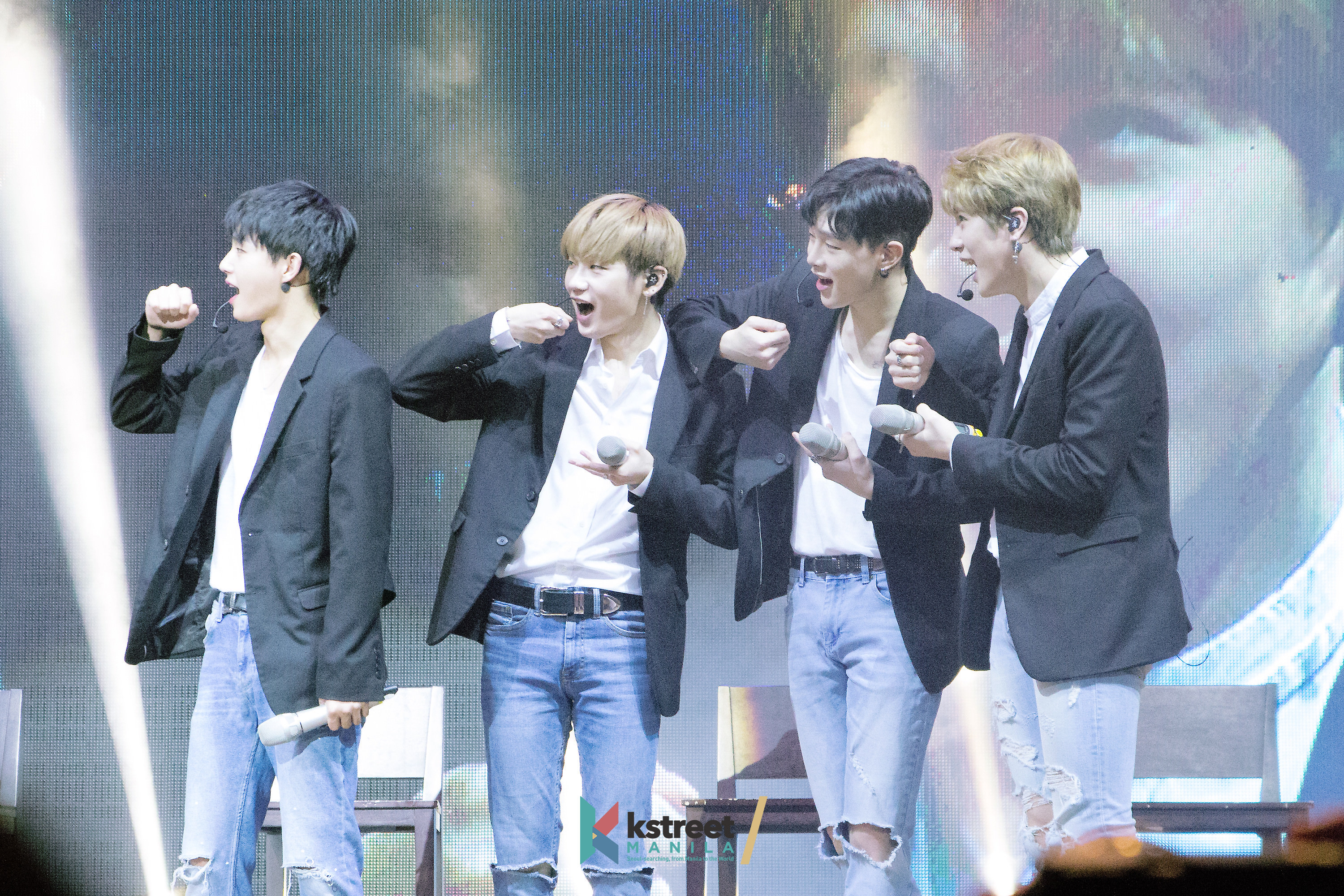 JBJ happily concluded the Manila stop of their Asia fanmeet tour with a photo with the fans. It was a delightful time spent with everyone who gave their support and love to the talented boys. True to their group and fandom name, they gave nothing but joy to everyone who watched and enjoyed their first fanmeet here in the country.

Aya Ople
Aya is a self-proclaimed funny person (she is). She also writes for a living and translates whenever the need calls. Aya also believes in the saying “if you’re in a bad situation today, the next one will be good for sure.”
Previous articleWhat Filipino food did SF9 get to eat here in the PH?
Next articleWATCH: Pinay’s ‘I Can See Your Voice’ performance leaves crowd shookt

There are countless times when your favorite idol or group has given you inspiration at school, work, or even hobbies. It’s relatable to say...
Read more