5 Walking Trails To Visit in Seoul This Autumn

Fall is finally here and Seoul is almost ready to welcome the chilly autumn breeze and the sweep of gold, bronze, and red. And what could be a better way to appreciate the beauty of this transformation than to walk around the beautiful modern-meets-past paths and streets around Korea’s infamous capital city?

Here are some of the best streets for an autumn stroll in Seoul, as recommended by the Korea Tourism Organization: 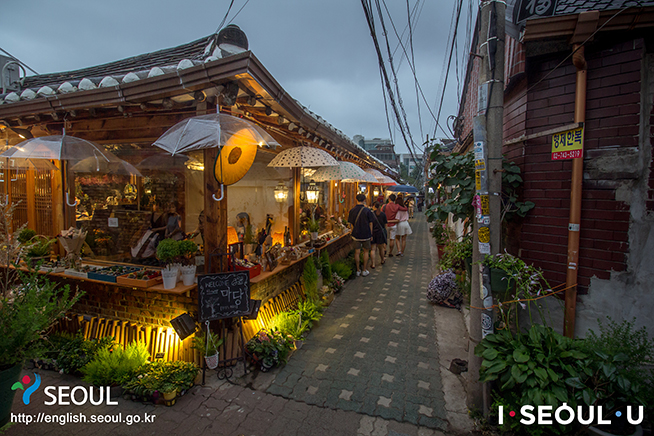 The oldest hanok village in Seoul, even older than the Bukchon Hanok Village, Ikseon-dong is reliving its charm in the urban concrete jungles of Seoul. Many hanoks are being renovated into cafes and restaurants, giving Ikseon-dong a fresh and relaxing vibe, perfect for a cup of tea or a simple hangout sesh with friends.

Just take a walk for a minute or two from Myeong-dong Station and you’ll reach the cartoon street of Jaemi-ro! Named after the Korean word for “fun” (“jaemi”), 70 cartoonists lightened the mood of this street, making it one of the most adorable and colorful streets of Myeong-dong. 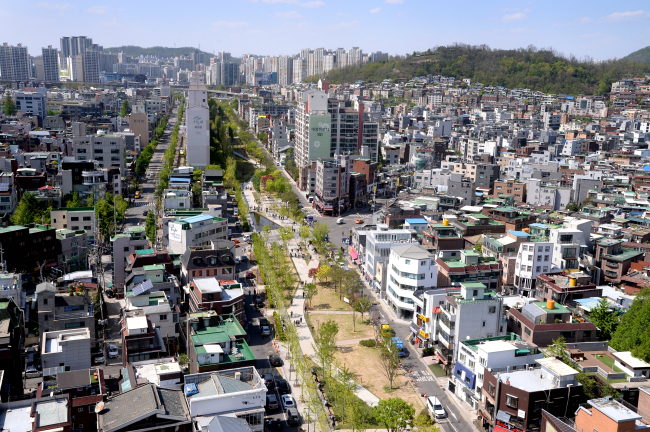 A new attraction in the busy district of Hongdae, the Gyeongui Line Forest Park hosts a 6.3 kilometer old railroad line which was transformed into a unique park. There are a couple of restaurants and cafe along the way which makes the park a popular walking trail attraction. Although known for the urban myth that any couple who walks along this road will break up, autumn is ironically perfectly romantic along the Deoksugung Stone-wall Road. Gingko and Zelkova trees line up the road, making it extra spectacular. It is close to the Jeongdong Observatory and Seoul Museum of Art. Oh! And if you think this is familiar, you might have seen this path in Goblin. So if you drop by the City Hall Station of Lines 1 and 2, you might want to visit here. A relatively long walking path, the Hanyangdoseon City Wall Trail, more popularly known as the Seoul Seonggwak-gil, is divided into four courses. The most recommended course is the second route which begins from the Hyehwamun Gate, to the Naksan Park and Dongdaemun City Wall Park, and ends at the Heunginjimun Gate. It is best to take a stroll bby sunset to get a beautiful view of the city lights mixing with the wall lamps.

Want more? Check out the full list on the Korea Tourism Organization’s site! Which of these trails are you planning to visit? Tell us in the comments section below!

Dan Gambe
Dan is born in the 90’s who talks a lot when he writes. He has a love-hate relationship with writing, is fond of cats, and thinks mangoes are the key to world peace. The chances of him phonezoning you lies between 80 to 90 per cent, but he’ll speak to you if you speak to him so don’t be shy!
Previous article17 Songs to Add to Your SEVENTEEN IDEAL CUT in Manila Playlist
Next articleK-Pop Concert Looks: Seventeen “Ideal Cut”

Starting July 1, the Embassy of Korea will no longer issue visa labels on passports

The Embassy of the Republic of Korea will no longer issue visa labels on visa applications processed in the Philippines starting July 1.
Read more

Gangwon Province is a scenic beauty filled with spots and tourism attractions that one, especially those who love nature, would definitely love.
Read more