Former Wanna One member and now solo artist Bae Jinyoung will be returning to Manila this time for his first solo fan meeting “I’m Young” on May 18 at the New Frontier Theater. C9 Entertainment announced Manila as one of the stops of his Asia fan meeting tour last month.

This will be his third time coming to Manila, both times being a member of the temporary boy group Wanna One. Ticket prices (ticketing charge excluded), released via CDM Entertainment’s social media pages, are as follows,

We'll stay forever young! Witness the clock stop this May as Bae Jin Young heads to Manila for his first ever solo tour…

On April 1, CDM Entertainment released the fan perks per ticket and stage layout. 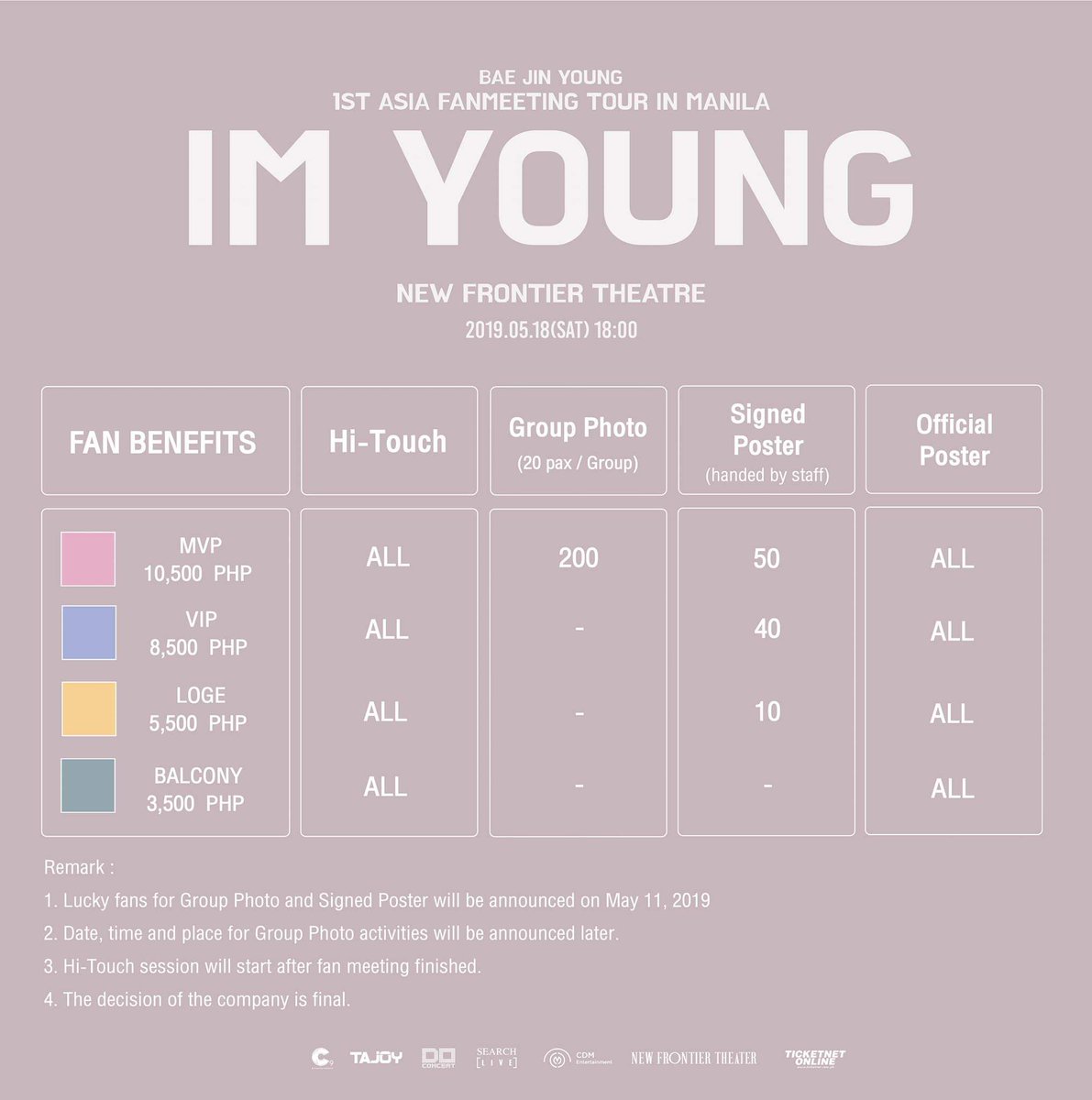 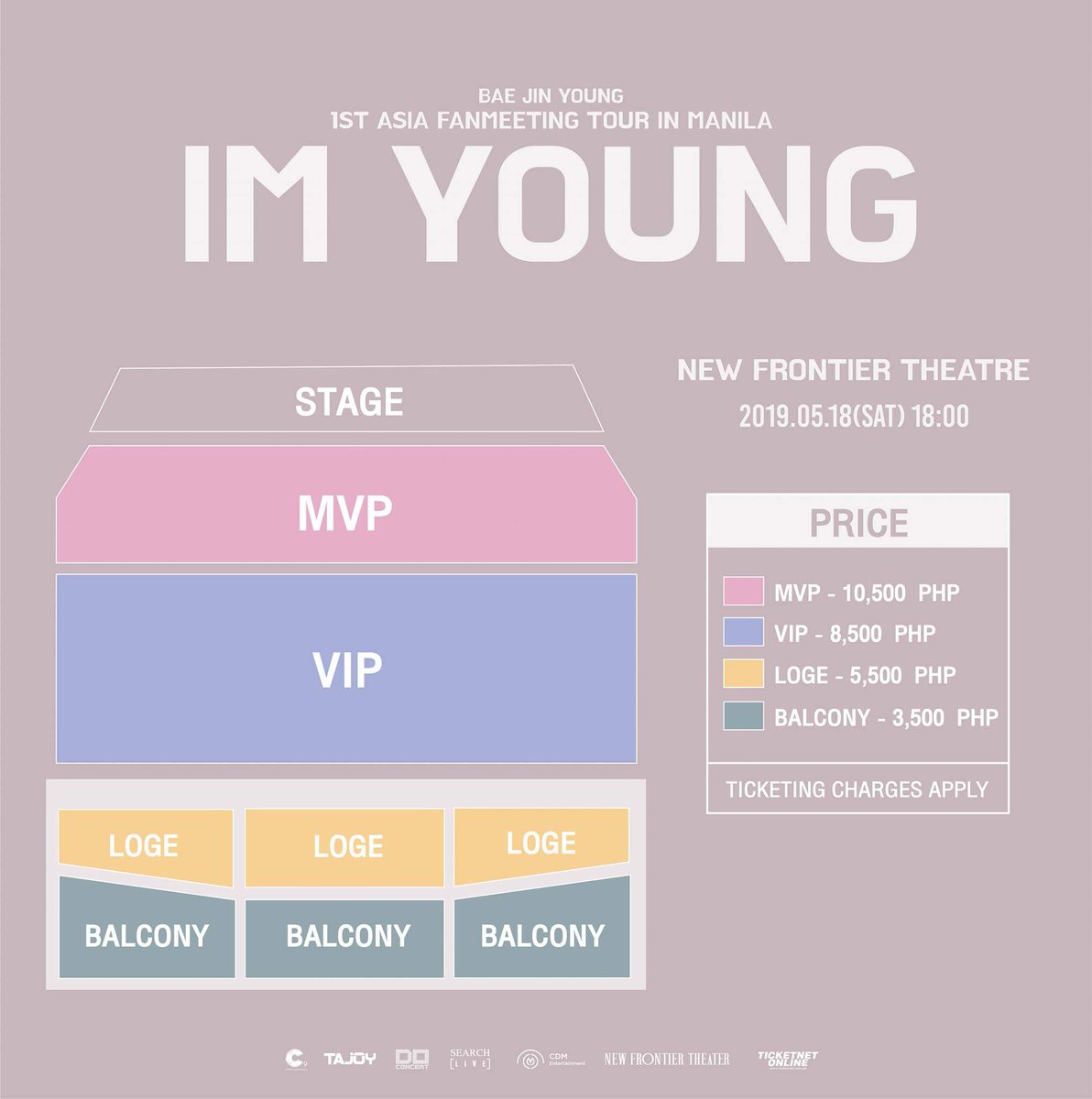 Included in the announcement were the ticket selling dates.

Pre-selling will be on April 7 and 8 via http://www.doconcert-ticket.com. Public sale begins on April 13 via all Ticketnet outlets nationwide and online via http://www.ticketnet.com.ph.

Bae Jinyoung rose to fame during Produce 101 Season 2, and successfully debuted as a member of Wanna One, who held their last concert earlier this year. The C9 Entertainment artist is preparing to debut with C9 Boyz (temporary name) but is focusing on greeting his fans first through an Asia fan meeting tour.

An EXO concert in PH this year? Organizer gives the "ok"