It was quite a surprising fandom clash when popular OPM band Ben&Ben found out that K-Pop boy group The Boyz has discovered one of their songs and actually liked it!

In a tweet, Ben&Ben said, they discovered that The Boyz, which they descibed as “a solid” K-Pop group, knows their 2017 song “Maybe The Night.” It came with a screenshot of the song and the message posted by The Boyz on their fan cafe.

On their fan cafe, The Boyz shared the Korean translation of the song and captioned it with “Here’s a newly discovered song!” 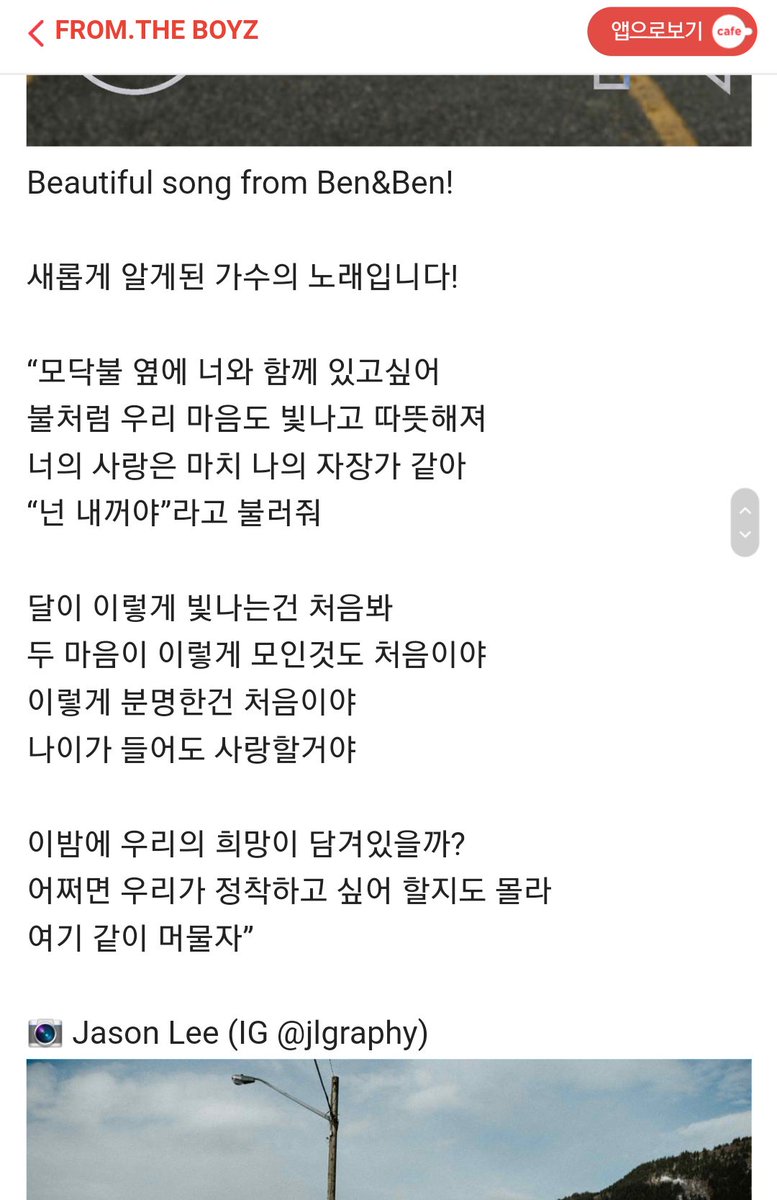 Of course Pinoy The Bs (The Boyz’ fandom name) were ecstatic! Some were thankful that Ben&Ben has finally noticed their favorite, while others wished for a collaboration between the two.

The Boyz is scheduled to arrive in Manila on June 30 for the fan-con tour “The Castle” at the New Frontier Theater.

Dan Gambe
Dan is born in the 90’s who talks a lot when he writes. He has a love-hate relationship with writing, is fond of cats, and thinks mangoes are the key to world peace. The chances of him phonezoning you lies between 80 to 90 per cent, but he’ll speak to you if you speak to him so don’t be shy!
Previous article#KStreetExclusive: The stars who share the love for K-Pop
Next articleWho’s Who at #KWMF2019: Kim Dong Han

Filipino K-pop fans will now have something new to tune into every week as mobile services provider Smart launched the exclusive streaming of M...
Read more