N.Flying is coming to Manila for September concert!

Filipino N. Fia’s better be excited because K-Pop band N.Flying will be returning to Manila to hold their first concert on September 1 at the New Frontier Theater in Quezon City!

The announcement was made on Three Angles Production’s social media pages. 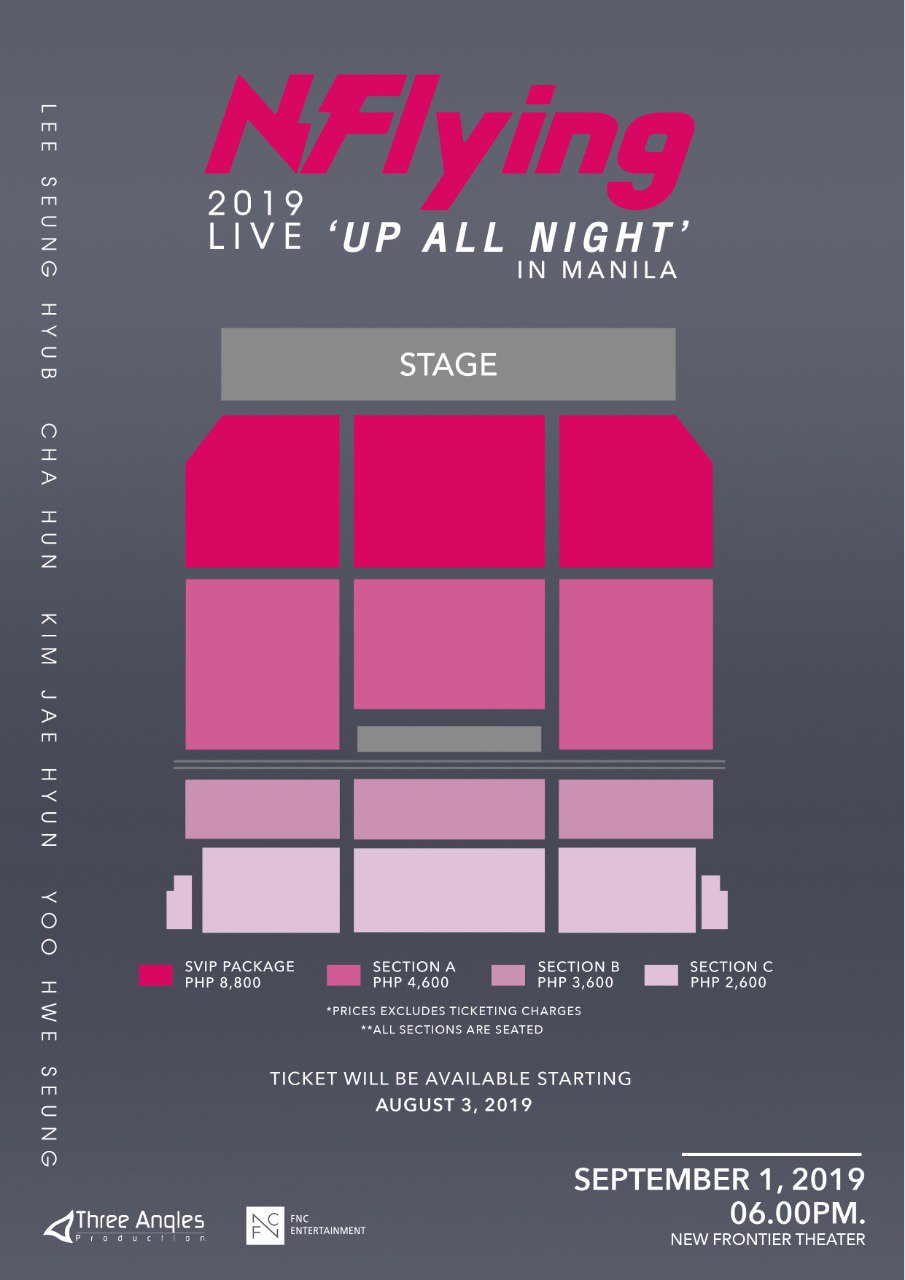 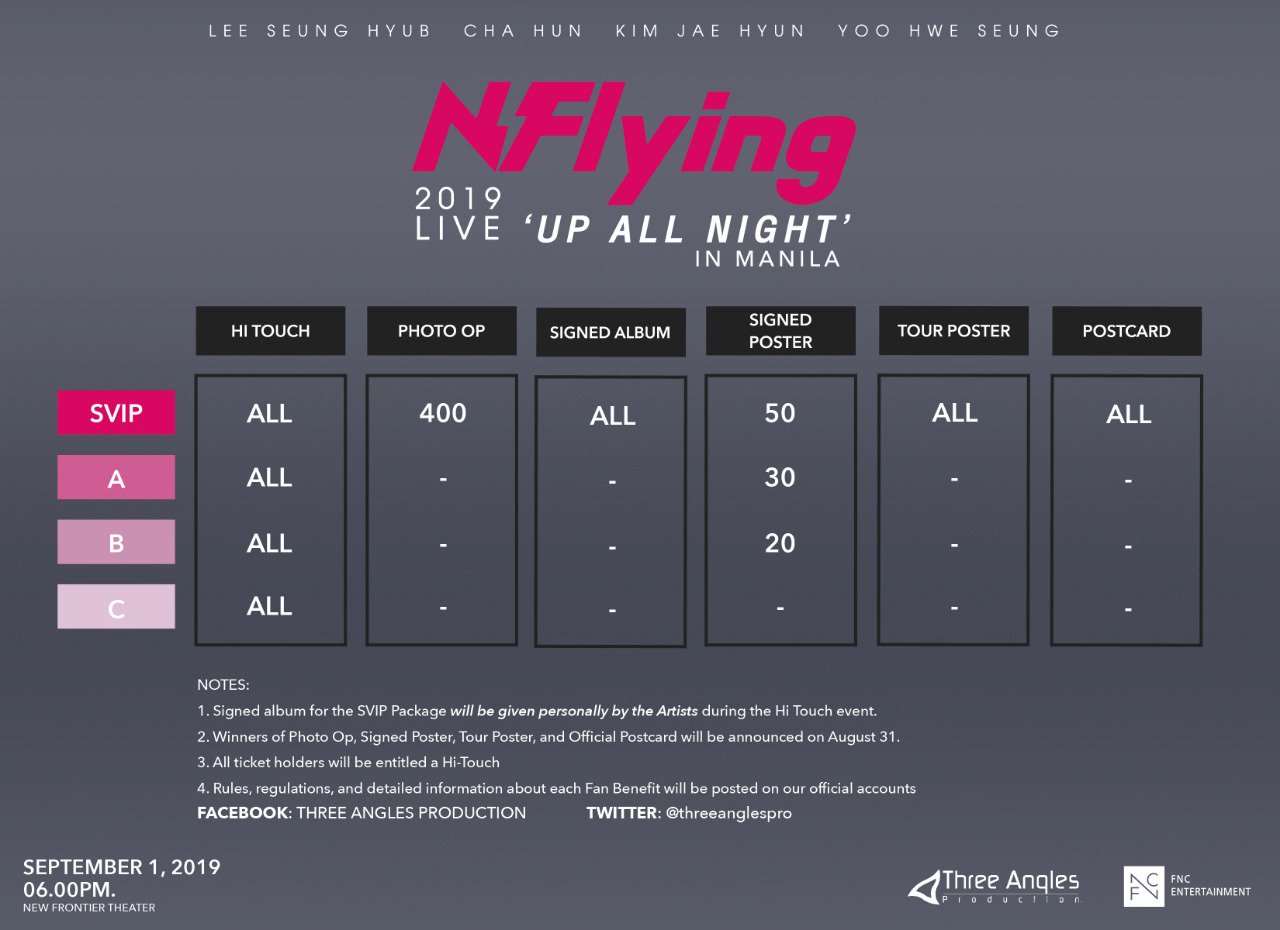 N.Flying debuted on May 20, 2015 under FNC Entertainment. They are currently made up of four members: Seunghyub, Cha Hun, Kim Jaehyun, and Yoo Hwesung. Hweseung joined the band in 2017 after competing in the second season of Produce 101. The band’s bassist, Kwangjin, left the group in 2018.

The band rose to fame with the song “Rooftop,” giving them their first two wins in music shows. It also went on to hit #1 on all major Korean music charts and topped Gaon’s weekly digital chart for two consecutive weeks and its monthly digital chart for March.

Their latest single is “Spring Memories,” released this April.

The last time N.Flying was in the Philippines was in 2017 as part of the performers for K-Pop Republic 2.

ALSO RELATED: Countdown to #KPopRepublic2: Get to Know N.Flying

Stay tuned for updates on N.Flying’s concert in Manila!

Bea Mandachttp://youonlylutzonce.wordpress.com/
Bea was introduced to the world of Korean culture through Full House, Jewel in the Palace, BoA, and TVXQ. She is also a fan of J-Pop, figure skating, and tennis. When not in her day job, she likes to be alone in her room or in a café with her pen and paper, or a laptop. She co-runs a figure skating blog with fellow KStreet contributor Clara. You can reach her on Twitter.
Previous articleLOOK: Sandara Park gifts EXO-L friend with autographs from EXO!
Next articlePark Hae Jin is coming to Manila for September fan meeting!

Filipino actor Mon Confiado is one of the stars of upcoming Korean film "The Golden Holiday" which is set in the Philippines! Confiado joins South...
Read more

After a series of postponements, the Test of Proficiency in Korean (TOPIK) in the Philippines may finally push through as the Korean Cultural Center...
Read more