Update as of September 3:

The official seat plan for Rainbows in Asia is now available. Tickets are already available at TicketWorld’s official website and at outlets nationwide.

FanGirlAsia has released an updated event poster which includes the ticket prices. Tickets are set to become available on or before September 5 at TicketWorld’s outlets and website. 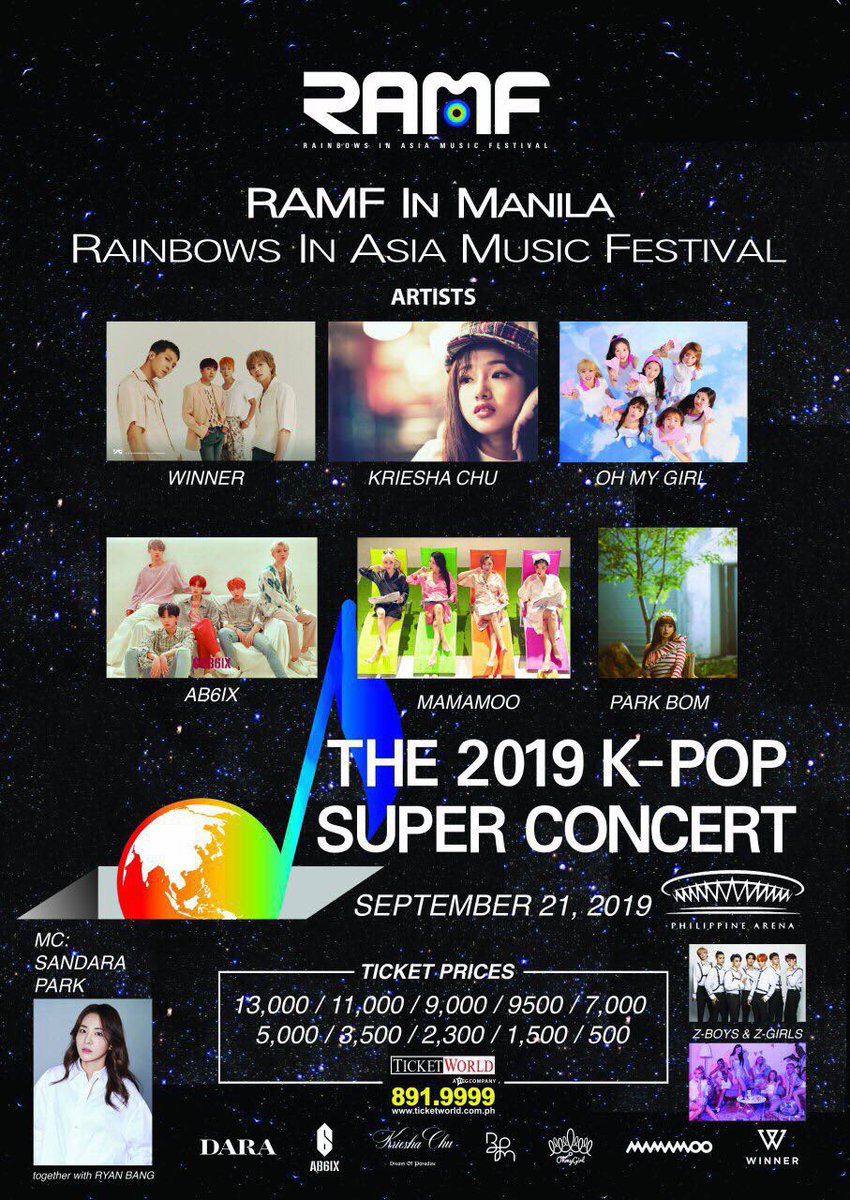 More K-Pop acts are set to perform at the country’s largest indoor arena!

WINNER, MAMAMOO, Park Bom, OH MY GIRL, AB6IX, Kriesha Chu, Z-Girls, and Z-Boys are part of the artist line-up of Rainbows in Asia Music Festival on September 21 at the Philippine Arena. The event will be hosted by Sandara Park and Ryan Bang.

Although the event has not yet been officially announced by organizer TV Chosun, local fan groups of the abovementioned K-Pop artists have already shared the event poster to their social media pages. Even the official page of the Philippine Arena has shared the announcement.

Stay tuned for more updates about the event!