PULP Live World announced that they will be handling IU‘s first concert in the Philippines, “Love, Poem.” They released the official poster and seatplan.

South Korean superstar IU announced that she is coming to Manila for her first ever solo concert in the Philippines this December!

IU, whose real name is Lee Ji-eun, revealed her 2019 IU “Love, Poem” Tour Concert at her 11th debut anniversary fan meeting in Seoul. Manila is the third overseas stop after Taipei and Singapore and will be held on December 13 at the Araneta Coliseum. 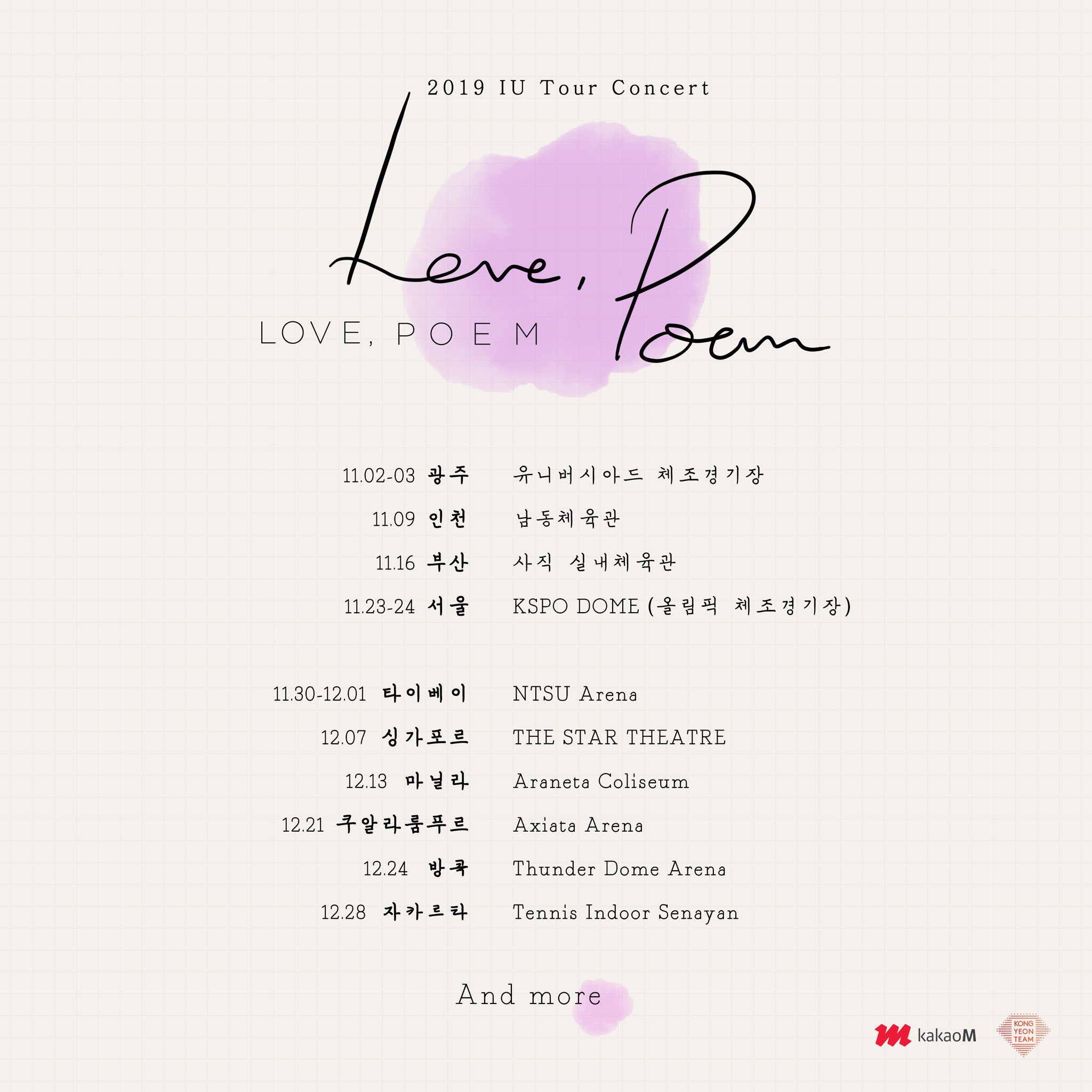 Four hours later, #IUinManila remains #1 Twitter trending in the Philippines after the announcement that K-Pop solo icon IU will be coming to Manila on December 13 for her 2019 concert tour. pic.twitter.com/EJYylAUfBi

IU has been one of the darlings of South Korea, dominating the Korean pop industry for over a decade. Her 2010 lead single “Good Day” had led her to national stardom. Since then she has consistently topped music charts, outranking popular girl and boy groups.

Dan Gambe
Dan is born in the 90’s who talks a lot when he writes. He has a love-hate relationship with writing, is fond of cats, and thinks mangoes are the key to world peace. The chances of him phonezoning you lies between 80 to 90 per cent, but he’ll speak to you if you speak to him so don’t be shy!
Previous articleK-Beauty brand LEADERS opens Lee Seung Gi fan meet tix giveaway promo
Next articleGOT7 Keep Spinning in Manila, officially sold out!

EXO commemorative medals to be released in PH

EXO commemorative medals will be released and be available for pre-order in the Philippines this August 2020! The medals, first released in 2018, will be...
Read more

This is a press release. Get a chance to win a P100,000 shopping spree and a limited-edition scented candle handpicked by Son Ye Jin when...
Read more