BTS V adds to the list of Korean celebrities who are sending their prayers to the victims of the Taal Volcano eruption.

V replied under the post saying, “My heart aches. I hope nobody is hurt and nature won’t hurt people anymore, really.” 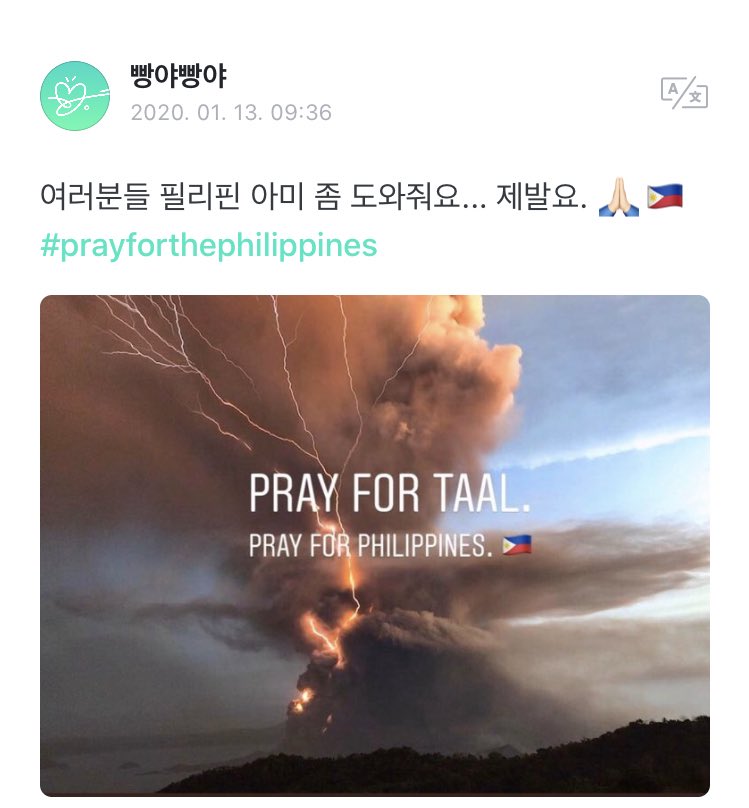 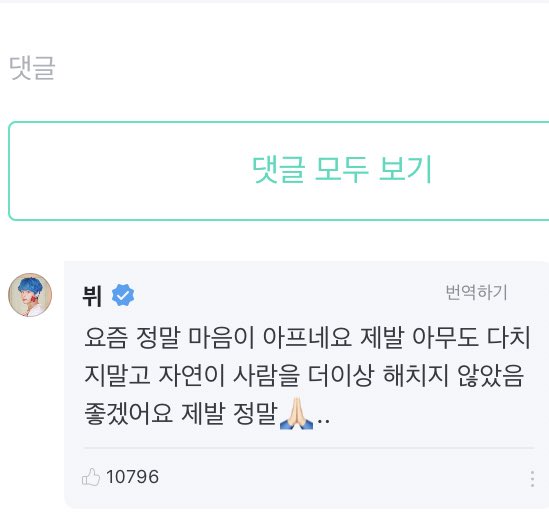 The Taal volcano erupted last January 12 forcing thousands of Filipinos to evacuate. Spewed ash has reached atmospheric levels at 14 kilometers covering nearby provinces such as Cavite, Batangas, and Laguna. The ashfall has also reached Metro Manila causing suspension of work and classes.

Cherry Bullet to stay in Manila amid Taal Volcano eruption

Arci Muñoz gets flak for using “sasaeng” to describe her fangirling