According to Applewood Creative and Ovation Production’s joint statement, the actor and singer-songwriter’s concert “STILL 622” concert in Manila which was originally scheduled on March 6, 2020 will be temporarily postponed “due to [the] unexpected natural disaster.” 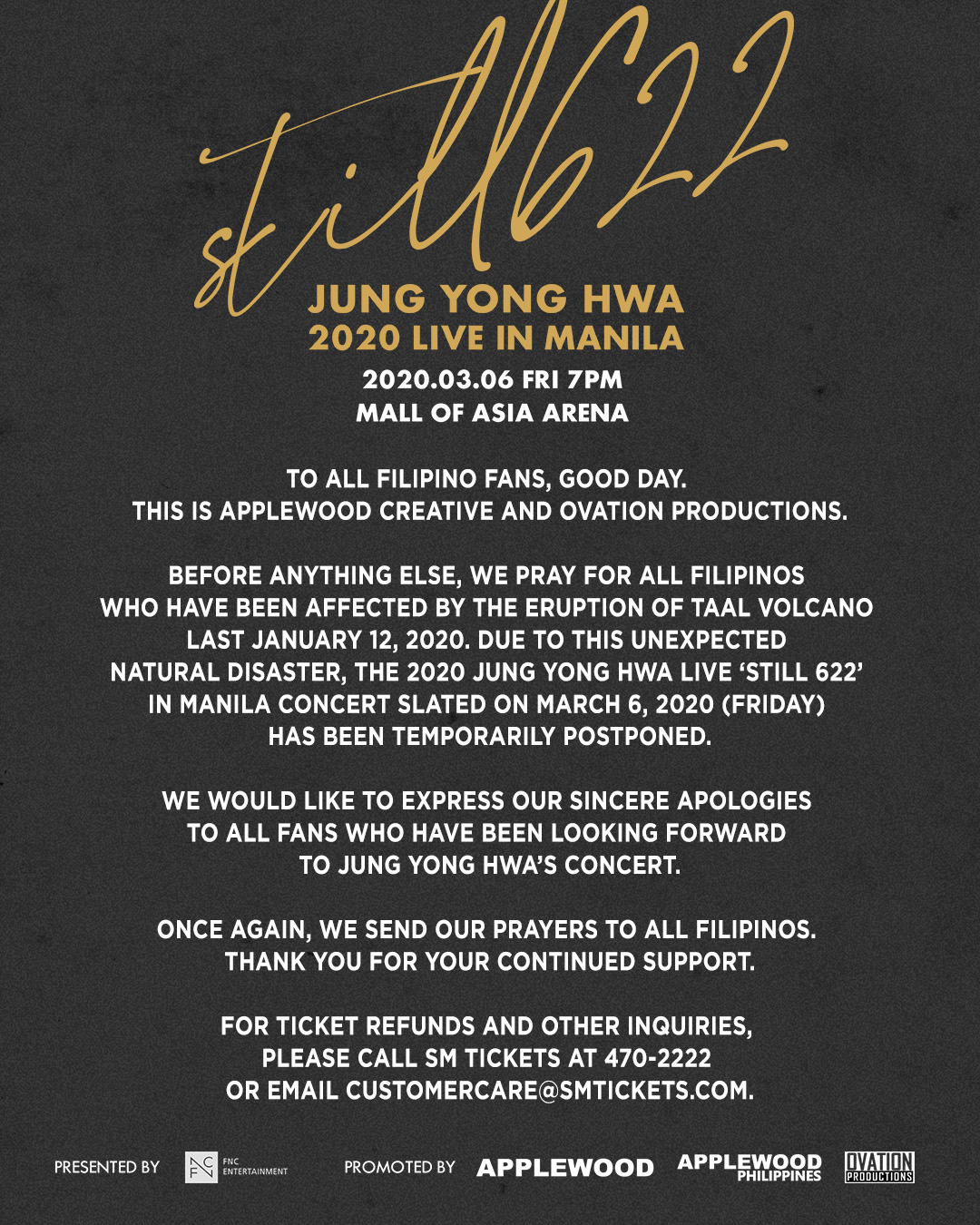 The organizers and producers expressed their sincerest apologies to the fans who have been waiting for the said concert. Ticket refunds can be made by calling SM Tickets or emailing their customer service.

It’s official: Stray Kids is coming back to Manila