SBS “Law of The Jungle” to shoot in Palawan

EXID’s Hani joins the cast of “Law of the Jungle” in Palawan!

According to various media outlets, SBS variety show “Law of the Jungle” will be filming in Palawan later in January.

Soloist Kim Jae Hwan, Cosmic Girls’ Dayoung, and Lovelyz’s Yein are part of the cast heading to Palawan. All three of them will be appearing on the show for the first time. 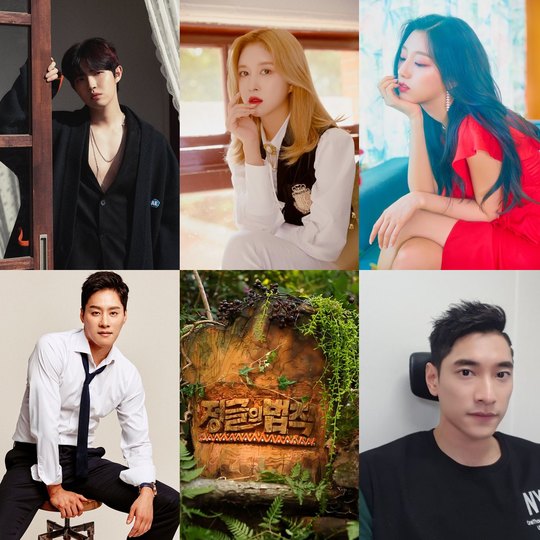 The episode is expected to show sometime in March. “Law of the Jungle” will be celebrating its 400th episode anniversary this coming February.

This is not the first time that “Law of the Jungle” has shot in the Philippines. In 2012, they went to Palawan. The following year, they went to Mindoro.

Clara Palma
A frustrated supermodel/ballerina/novelist who lists Super Junior, EXO, and Infinite as some of her favorite groups, Clara’s first exposure to all things Korean was through K-dramas Lovers in Paris and Goong. She is willing to talk about fashion, beauty, dance, books, all things baduy, and figure skating over a cup of tea. She co-runs a figure skating blog You Only Lutz Once with fellow KStreet contributor Bea. Check out her blog or follow her on Twitter.
Previous articleSB19 joins UP Fair line-up
Next articleThis Month’s Beat: B.O.Y

Filipino celebrities have proven that no one can resist Park Seo Joon’s charms.
Read more

EXO-SC continues to snatch the hearts of Filipinos. JP Soriano, a correspondent from GMA News, tweets his appreciation over EXO-SC's 'We Young.' This, as he...
Read more

Can you believe it's been a year since Hotel del L

It's a win for PH Merries again! MOMOLAND's leader, Hyebin, succumbs to the famous Binibining Marikit dance challenge on Tiktok. She is the first K-pop...