When I’m choosing the next K-Drama to watch, I always believe I can never go wrong with a medical drama. So, when I saw “Hospital Playlist” on Netflix two months ago, I pressed play.

Now, I can’t stop watching it.

tVN’s “Hospital Playlist” tells the stories around a group of doctors entangled by their own fates. Its directors and one of its screenwriters also wrote “Reply 1988,” which received so much love in 2015.

This 2020, they are back with another masterpiece that tugs the hearts of its viewers. 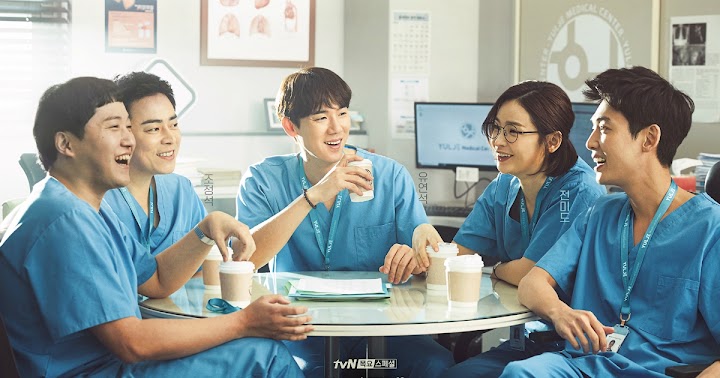 I thought it would be about how to be a doctor—maybe like “Dr. Romantic”—exploring the different struggles of applying medicine.

But apparently, “Hospital Playlist” introduces a whole new perspective into medical K-Dramas, as it focuses on the stories of the people than the medical part.

The Script Obtained from Reality

The drama airs only once a week but is said to run for multiple seasons. I can say that this is the reason why the overall script does not seem to have its major end goal yet.

Unlike most dramas, it does not have an obvious conflict. There is no absolute villain, no exaggerated plot twists as well. Instead, it highlights the conflicts of every character in it. It’s a continuous flow of story and problems, just like in real life. It does not seem to end.

How it has hooked me is in the way the writers put everything together so well—how they made everything so simple in front of its viewers. It’s like no matter how unique or irritating one character is, you’d understand where they’re coming from then end up loving them. The back stories are on-point realistic and wonderful.

The Gang We All Wish We’re In

The five protagonists are all about connection. Chae Song-hwa, Kim Jun-wan, Lee Ik-joon, Ahn Jeong-won, Yang Seok-hyeong are all slaying it. I love how their gang cares for each other in a very natural way. Most likely you’d wish you’re part of their gang. What I also like, is how they try to achieve a work-life balance amid the everyday hustle at the hospital.

Chae Song-hwa (Jeon Mi-do) is a very respectable, intelligent, and firm woman. She loves camping and eats as if someone’s after her. 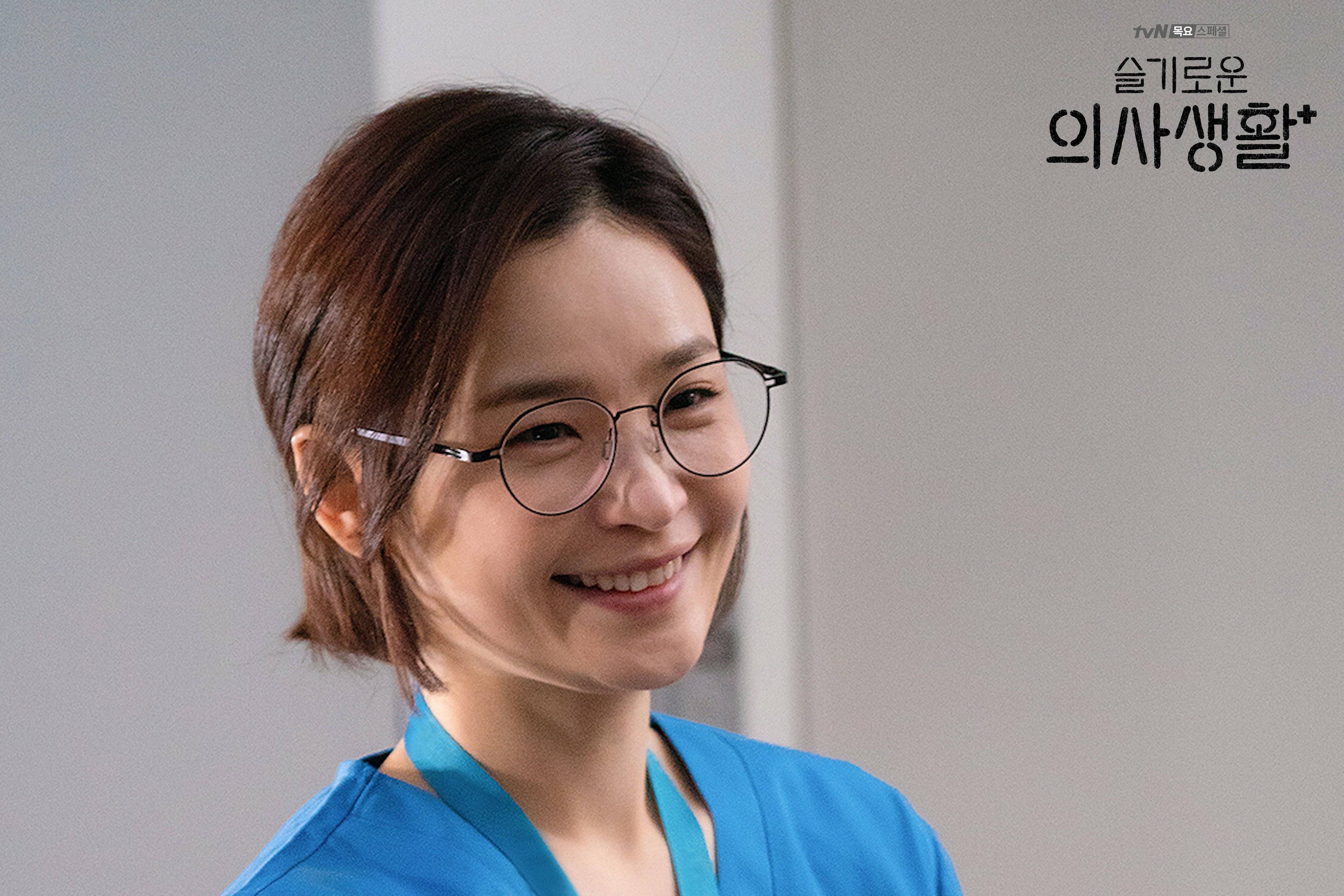 Kim Jun-wan (Jung Kyung-ho) is somewhat stern with his colleagues, but has a really soft and empathetic heart. He’s also a romantic. 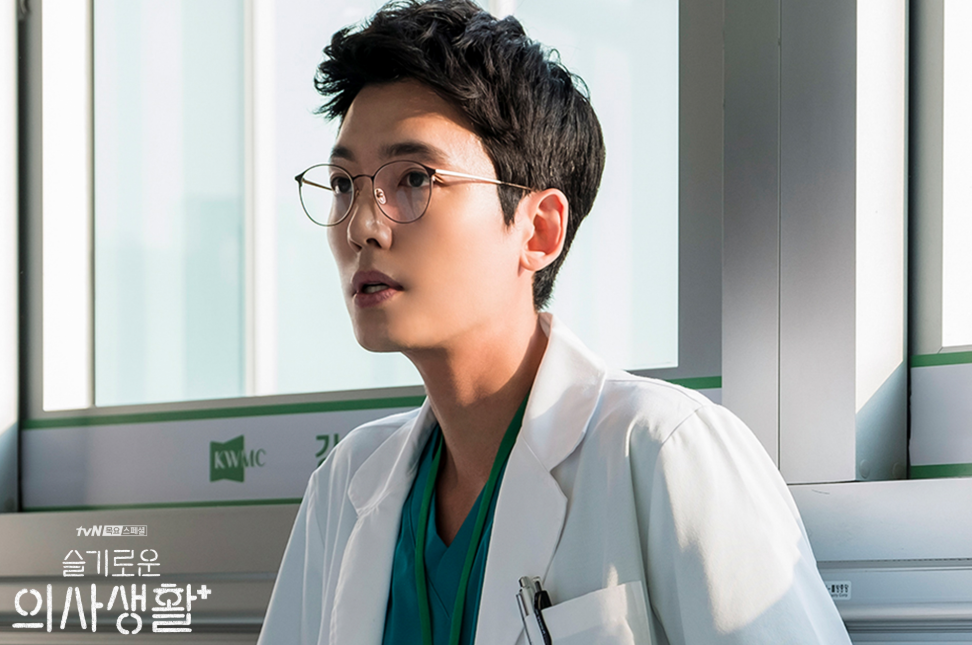 As for Lee Ik-jun (Jo Jung-suk), he’s my favorite for his humor and wit all throughout. He’s a great wingman as well!

Then there’s Ahn Jeong-won (Yoo Yeon-seok), the kid-lover and the most religious man I have ever known in the world of Kdrama. He is also a very sensitive doctor when it comes to his patients. 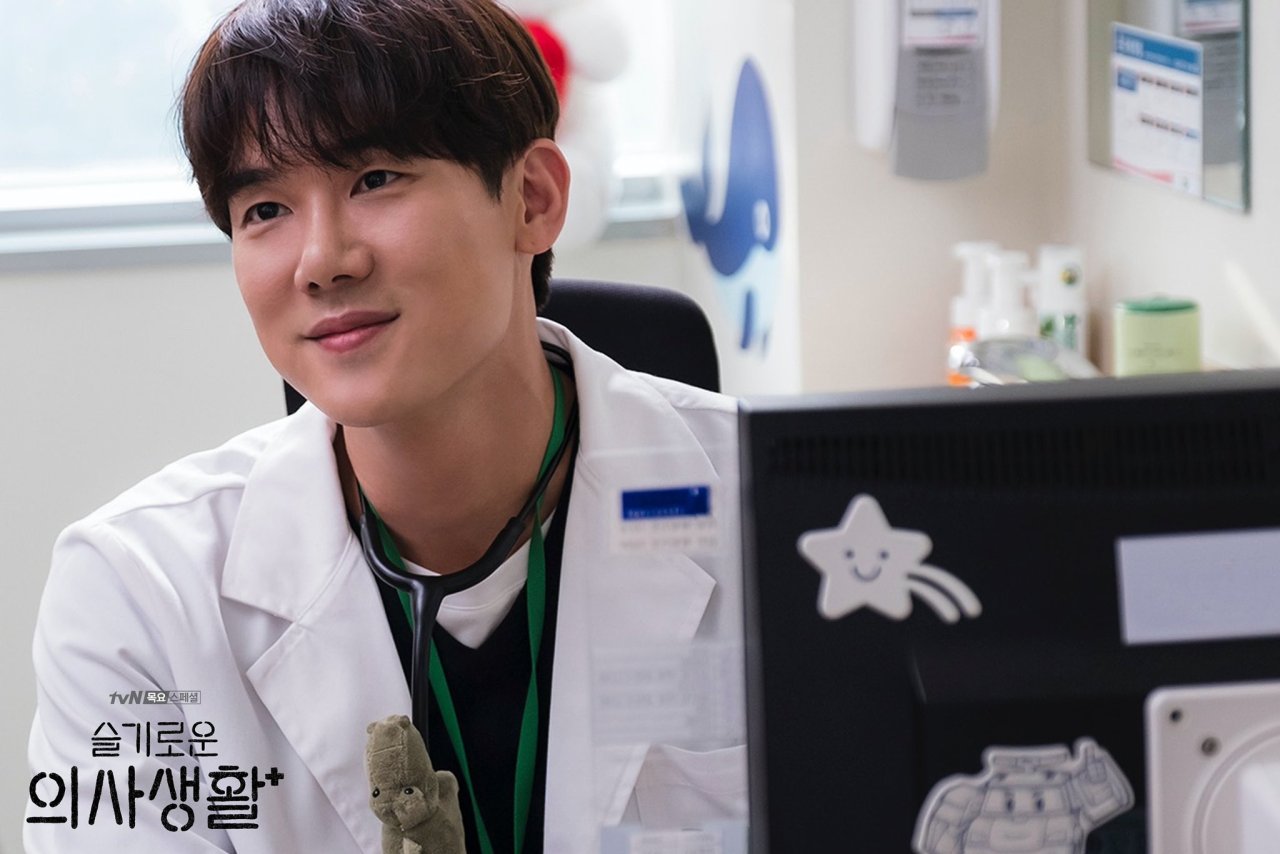 Don’t forget the sweetest introvert you’ll know, Yang Seok-hyeong (Kim Dae-myung). He can be too much of a Mama’s boy but he’s also a really caring doctor and friend.

Another thing to adore about their friendship is that aside from being doctors, they are bound by their love for food and music. Two of the most important things in a person’s life, I must say. 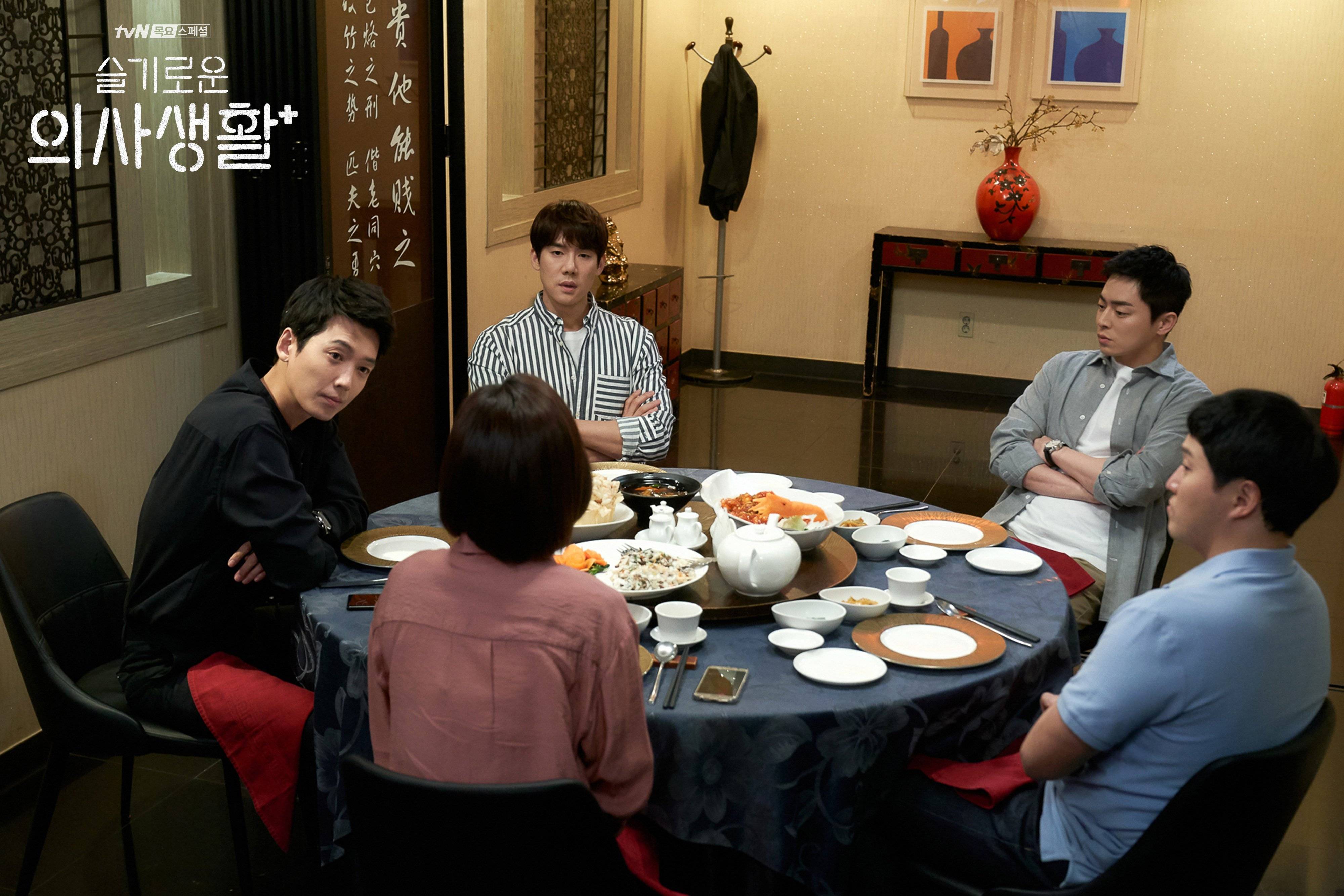 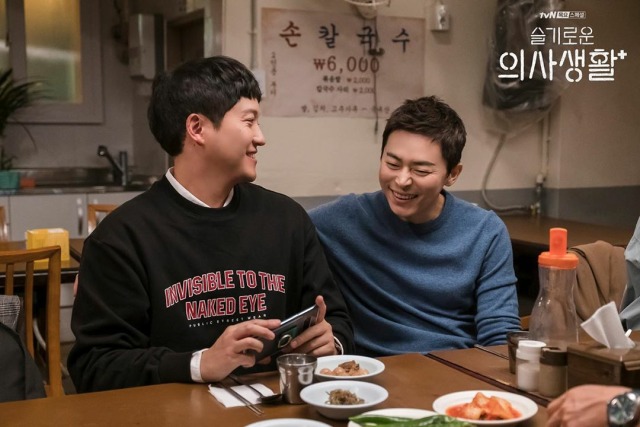 What is Hospital Playlist without a playlist, right? I guess this is also one of the notable factors of the drama. The characters put up a band and plays regularly in Yang Seok-hyeong’s basement. 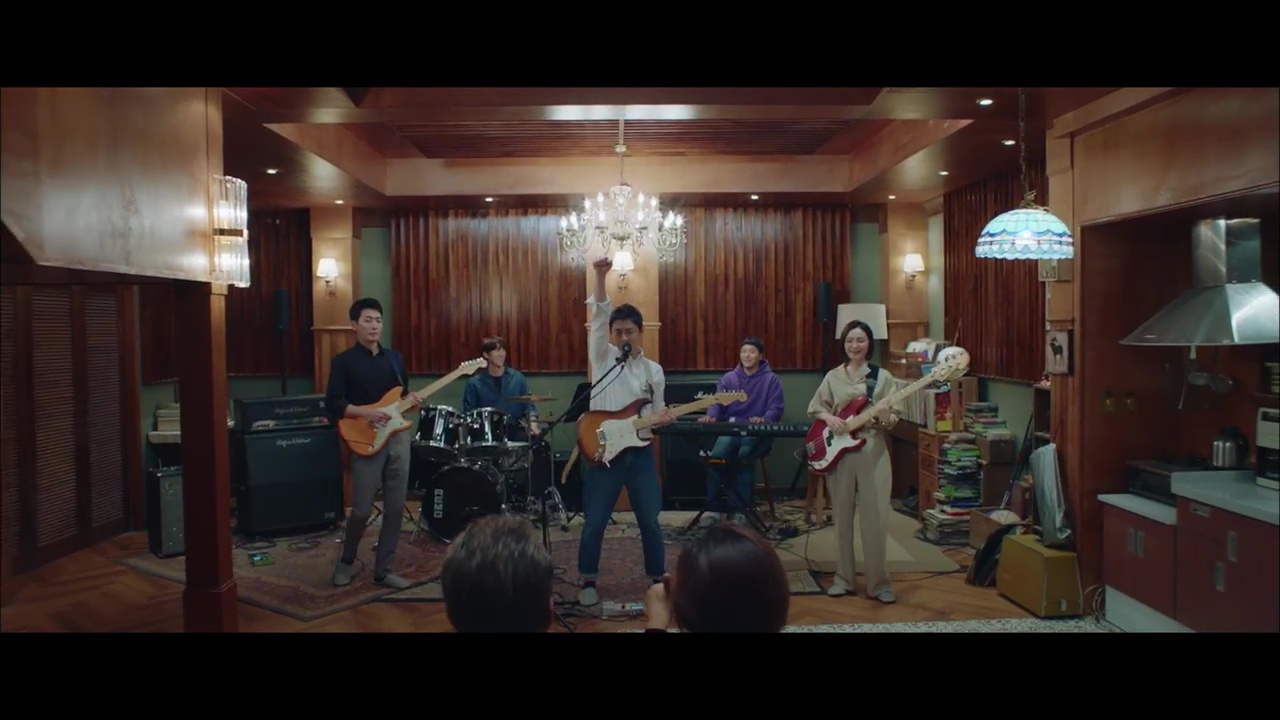 They play really nice renditions to some songs from 80’s-90’s. It’s really nice how they each get their own spotlight when it comes to singing and playing musical instruments. Watching them play as a band makes me smile.

For some, it may be ‘boring’ since it’s a bit slow-paced due to the one-episode-a-week set-up and its different take on medical K-dramas. But, Hospital Playlist offers a mature & calm perspective into the world of all age groups –from being a teenager, to being someone at their 40’s, or to someone who might be waiting for their last day with their loved ones.

Hospital Playlist is a nostalgic collection of wonderful stories about life, love, friendship, and career.

I am giving Hospital Playlist 6 out of 5 yes’es!

Binge-watch it now on Netflix and catch its season finale this week!

Daoden Kate Sarmiento
Previous articleThe A to Z of VIXX
Next article#KStreetPicks: 12 Of The Best SHINee Looks Since Debut