‘It’s Okay to Not Be Okay’ is the drama that I never knew I needed.

Kim Soo Hyun and Seo Ye-ji’s newest drama touches the hearts of its viewers in a very unique manner. Produced by tvN, this romantic-comedy-drama explores emotional healing for people who are facing trauma. It offers a dark yet moving vibe, obscuring the line between reality and imagination. 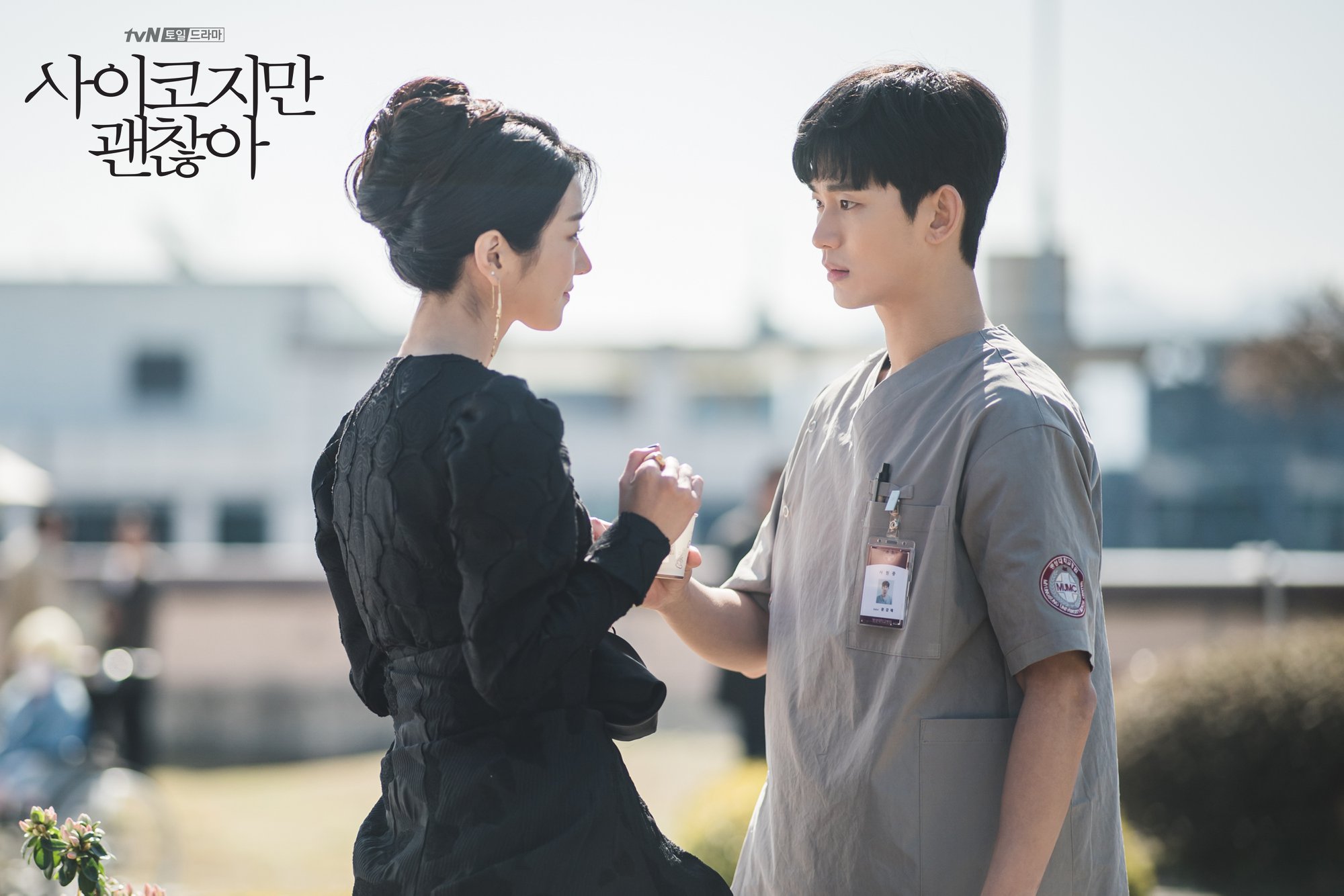 The story begins with a fairytale-like but gloomy story about a boy who fancies an anti-social girl. Leading to the unforgettable and unexpected meeting between a caregiver in a psychiatric ward, Moon Kang-tae (Kim Soo Hyun) and a rude, popular children’s book writer Ko Moon-Young (Seo Ye-ji).

For This Month’s Binge, I am giving you some of the reasons why It’s Okay to Not Be Okay is absolutely worth your time.

Surely, it was the brotherhood that struck me. I was deeply touched by the male protagonist’s patience and connection with his older brother diagnosed with autism spectrum disorder (ASD), Moon Sang-tae (played by Oh Jung Se). I already love the drama for opening the eyes of their viewers to the ups and downs of families caring for mentally challenged family members.

More than that, kudos also to the drama for giving light to situations inside a psychiatric ward, telling viewers that people inside are not to be treated with violence and hatred but with utmost care and patience.

The drama opened a whole new perspective to me just from its first episode.

One more thing about new perspectives is the drama’s take on fairytales. We all grew up reading and listening to fairytales, and we all know that those are meant to be lively and to contain happy endings. The female protagonist, being a children’s book writer, deconstructs the meanings of her fairytale books. It was shown that although her books are greatly loved by kids, it has a deep, dark, and harsh meaning.

It also offers a different take on what relationships should be. The drama shows contrasting situations pertaining to the concept of ‘family and friends supporting each other.’ For Ko Moon-young, she doesn’t have any family members to support her in everything or to even correct her wrongdoings. But she has her employees who would clean up after her mess and that actually maintains her as a successful author.

While for Moon Kang-taeand Moon Sang-tae, they have Jae-su who follows them around whenever they move places from time to time. Jae-su supports them by always being there and understanding their situation to the fullest. Although Jae-su’s reason for sticking with Kang-tae is still unclear, it is a notable aspect in the drama.

Not Your Typical Female Protagonist

Seo Ye-ji’s character, Ko Moon-Young, is on point sassy, moody, and nasty. It is interesting to see an anti-social children’s book writer. Ko Moon-Youngis all kinds of psycho and I must say that Seo Ye-ji portrays all of the characters’ mood swings accurately. In an interview, Seo Ye-ji described her character as cold and defensive.

She’s definitely not the ordinary kind of female protagonist who once in a while does something good despite the rude character. It’s like nothing flows through her veins but unpleasantness. Nevertheless, the rudeness in her character roots from a frightening memory which we’ll find out more throughout the drama.

Aside from that, I’d also like to point out Ko Moon-Young’s stunning outfits! It’s like she’s Hotel Del Luna’s Jang Man-wol’s long-lost sister from another world! Yes, we all missed Kim Soo-Hyun. It’s Okay Not To Be Okay is his comeback project since he enlisted for his military service last 2017. Actually, it’s been so long since we saw him act as a lead character in a drama. Although he has been doing a couple of cameos for greatly praised dramas like Hotel Del Luna and Crash Landing On You. 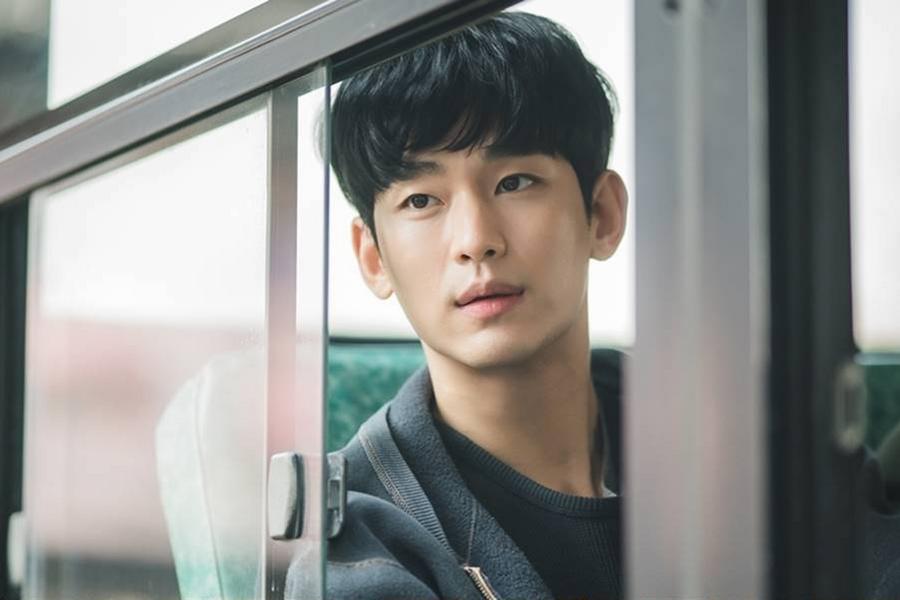 Unlike his past roles, Kim Soo-hyun notes in an interview that, Moon Kang-tae is a person who has been through a lot, and what the drama focuses on is his healing process. True enough, in its first two episodes, Soo-hyun successfully depicted Kang-tae’s emotional trauma in life.

It is inspiring to see how Kang-tae will go through the process of healing himself emotionally and mentally. It’s a really difficult thing to do but in the second episode, he takes a leap with his older brother and decides to face his trauma… which is a good start.

It’s Okay Not To Be Okay is an absolute eye-opener.

It reveals the reality that some people carry emotional baggage in life and the only thing to recover from it is to face it courageously. It makes its viewers understand that it is okay not to be okay…

I am looking forward to more eye-opening scenes about people diagnosed with psychological disorders. Personally, these scenes make me want to be a better person. Moreover, I feel like as the drama tackles the personal healing process, it also relays an encouraging and uplifting message for people undergoing their own therapy or healing.

I am giving It’s Okay Not To Be Okay’s first two episodes 5 out 5 yes’es!

Catch its episodes every Saturday and Sunday night on Netflix!

Sunset in My Hometown tells the story of an aspiring rapper who begrudgingly returns to his hometown to care for his ailing father.
Read more

A Taxi Driver is an excellent and very relevant watch given today’s political climate. Our review here.
Read more

Filipino actress Liza Soberano is one of the celebrities who have been enamored by the daring debut of Red Velvet's subunit, Irene and Seulgi! In...